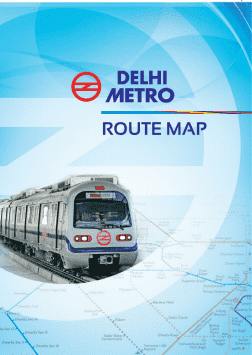 Metro facilities have been made in many cities to make traffic fast and easy in India, due to which travelling has become even easier.

India’s largest, busiest and second oldest metro service after Kolkata Metro is in Delhi, construction of its construction started in 1998.

This metro system provides its service in the cities of Ghaziabad, Faridabad, Gurgaon, Noida, Bahadurgarh and Ballabhgarh located in Delhi and NCT of India.

There are 10 colour coded lines in this entire network, covering a total of 254 stations. Its total length is 348.12 KM, which makes it the longest network system in India.

Not only that, there are also elevated stations using the system underground, at grade and both broad-gauge and standard-gauge.

The entire network has been divided into several phases, of which Phase I was completed in 2006 with 3 lines,

Phase IV which started on 30th December 2019, the construction work is going on.