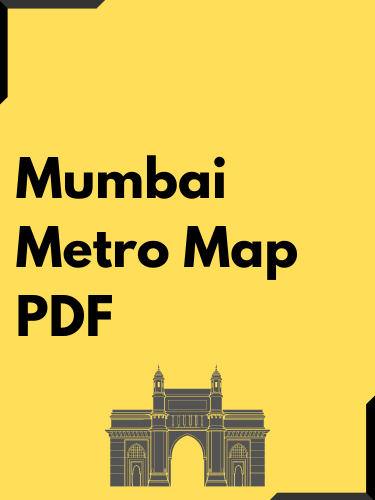 Mumbai is the one of the populous city of India, where more than 4,50,000 commuters use the Metro service every day.

This is the reason that this type of system was designed to reduce the traffic congestion in the city.

This entire metro network is being built over a period of more than 15 years in 3 phases. And it is being estimated here that by October 2026 this network will be completed.

Once fully completed, this high capacity metro railway system will have 14 lines and one metrolite line. Due to which it will become a 356.97KM long network with 286 stations.

As of now there is only one Blue Line Operational which is 11.40 KM long with 12 Total Stations. It connects Versova in the Western Suburbs to Ghatkopar in the Central Suburbs. It is fully elevated. Its construction started from 8 February 2008. By 8 June 2014 it was completed and opened to the general public.