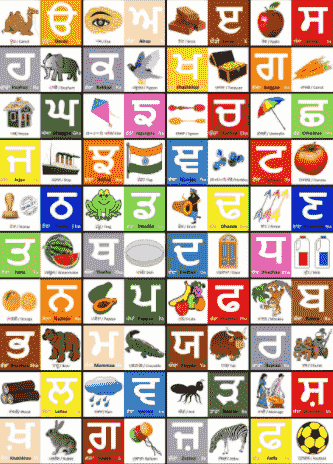 Therefore it becomes most necessary to have knowledge of the smallest unit of language.

Gurmukhi script is helpful for writing Punjabi language, which originally had 35 characters, hence this script is also called Painti. All these 35 letters are written in 7 lines, in which there are five letters in each line.

Due to the influence of Persian and Arabic language in this area, 5 letters were added using dot underneath the existing letters. Thus these five letters constituted the eighth line and the number of alphabets increased to 40.

Apart from this, a new letter has recently been added to this group, thus there are a total of 41 letters in this script.

Now we tell you, how many vowels & Consonants are there in this script?