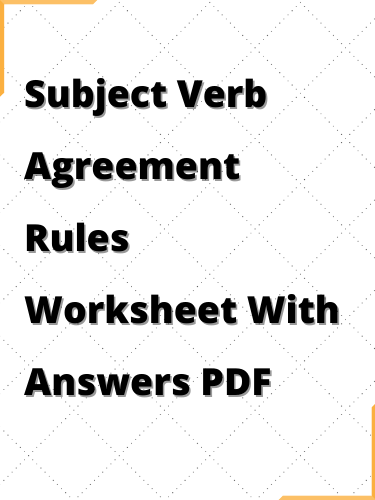 Through this post you will get to know that what is the importance of Subject Verb Agreement Rules in English Grammar, how it helps in building your English sentence.

Use of Subject-Verb Agreement

Let’s Take Some Examples to Understand –