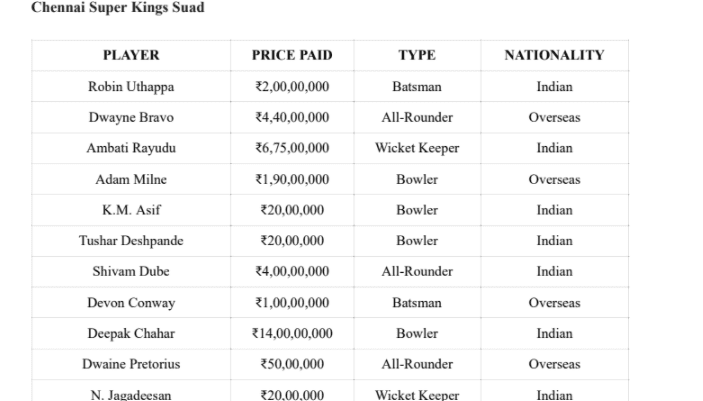 There are few days left for IPL to start, all team list has been released. This season two new teams Gujarat Titans & Lucknow Super Giants have been included.

This time the title sponsor of IPL 2022 is going to be TATA. Although the date for the start of IPL has not been announced yet, but it is being speculated that it is going to start from March 27.

You have also been given information about the Squad Players List of all the teams of the Indian Premier League in the list below.

apart from this, you were told about which player has been bought for how much.

This season with 10 teams is going to be a little longer, in which a total of 74 matches are going to happen.

Which match is going to be held on which date, information about all this is being told to you in the table below. Along with this, it has been told about which Venues and on which date it will happen.